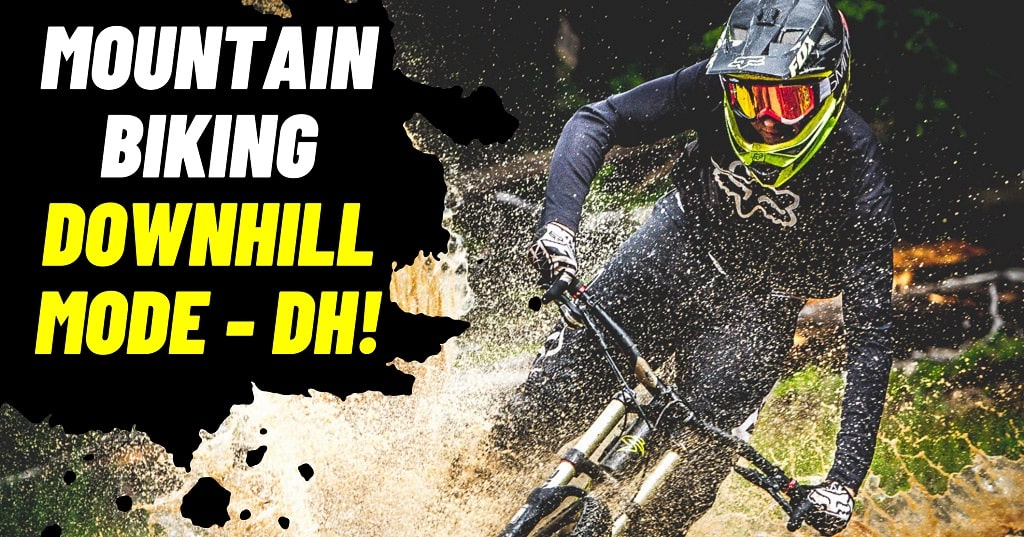 Posted at 06:38h in Blog by Kurt Williams 0 Comments
0 Likes

Surely you have heard the term downhill and the first thing that comes to mind is a person equipped to the teeth as if he were a Formula 1 driver or something similar with a huge bike. But although the meaning may seem very generic. It is not only going down with a bicycle, but it is also much more! For this reason, in this article, we are going to see the characteristics of the downhill modality.

What is DH downhill?

It involves going down the mountain by bicycle in the shortest possible time. If we had to define the DH in two words, it would be aggressiveness and speed. The mongoose 26 mountain bike is best for downhill riding.

Those who practice it are taken by trucks to some high mountain area, directly at the beginning of the marking of the track. If this track is in a Bikepark, possibly the way to get on the cyclist is by gondolas. Many of these parks are ski resorts during the winter.

As we already mentioned, one goal downhill is to descend as fast as possible. The track presents certain types of technical complications made by humans such as ramps, drops, slopes, and difficulties that the mountain itself has. It is considered one of the most extreme and risky forms of mountain biking.

The Downhill is the second mode best known MTB and the like XC has many followers worldwide. This modality is also part of competitive mountain biking, with races taking place all over the world.

In addition, the World Cup and the World Championship are endorsed by UCI. To be able to obtain a place to participate in these representative competitions; It is necessary to accumulate points by being the winner in series or cups recognized by this organization. There are national cups around the world and, in cases like Latin America, in Pan American games competitions. Despite this, downhill is not part of the Olympic Games.

The terrain where it is generally practiced is a mountain with a sinuous incline. The tracks are marked in high mountains between forests, as well as in hills, gorges, even in urban locations.

The terrain is presented in a combined percentage of natural obstacles such as rock gardens (stone gardens), roots, marked turns, “slopes”, as well as obstacles made by man such as ramps, tables, bridges, among other things. The distances between a ramp and its hall are large, ranging from 1.5 meters to 10 meters apart in some cases.

On many tracks, we find an “easy” path known as the Chicken way and it is to avoid going through big jumps or areas that are too complicated. Thus, beginner riders can pass through the area, mostly around the obstacle. The big difference in the terrain of DH with an XC is that this one cannot be climbed by pedaling or at least it is not designed for it.

Distances from the DH tracks

Downhill tracks have short distances. These vary between 2.5km to 5km. As they are mostly high mountain terrain, they have a great unevenness depending on the area. The tracks, if they are straight, could even be shorter. For this reason and for the protection of the terrain, they are made with curves, making the track longer.

The downhill bike has full suspension (front and rear) and the frames have a stronger structure than other bikes. Most are usually made of aluminum and professional competitors generally use carbon. These bicycles are specific for the descent. Therefore they are not recommended for other modalities, with the exception of the Free Ride.

The geometry of a DH bike is also designed for descending. For this reason, they present a different angle, with which the great slopes that the mountain marks can be mastered. Hydraulic 4-piston disc brakes are recommended for braking.

The handlebar must belong and can be of medium height or double height. These handlebars offer the rider a more aggressive position for the descent, allowing the rider to extend the elbows to better master the technical zones and the negative slope.

The suspensions of the DH bike have 200mm of travel both front and rear. Currently, the most used wheel is the 27.5-inch, although it is possible to find bicycles with a 29 ″ wheel and some with the classic 26 ″ wheels. The tires are very wide, between 2.3 ″ and 3.4 ″, with a large knob and many times open to be able to dislodge dirt or accumulated mud easily.

The saddle is kept down all the time. Since being a downhill bike, the rider does not sit pedaling. Having it down also provides freedom of movement to balance and control the bike more easily.

As it is a modality considered extreme because it reaches speeds of over 50km / h on the descent, the protective equipment is more specific.

A helmet is used or full face, weight ranging from 600g to 1kg and ventilation is closed for only serve for the descent.

The uniform or clothing must be made of a resistant fabric due to constant falls. Short or trousers are used, as well as a loose sweater and many times with long sleeves.

For better protection, knee pads, elbow pads, often chest and back bibs, and even neck braces are used. Gloves generally have some protection on the knuckles to avoid blows in that area.  Sports goggles are used on the helmet.

In a downhill competition, a track is used from a high area and the finish line in a low area. The start of the descent begins at the top of the mountain. As already mentioned, the competitors are uploaded up to this point.

Before the competition starts, two to three days or even a week are given to know the route. Drivers must learn the track, know where each obstacle is and choose the best way to go through them. In world competitions, the track is walked first without a bicycle and a day or two before practice begins. The time to practice is determined by category, giving priority to the Elite or Pro category.

During the competition, there are two important moments: The qualifier and the final. In qualifying, each driver descends as fast as possible to reach a place in the final and to accumulate points. It depends on the number of competitors, but only a certain number of riders pass. On the final descent, they have to go down even faster than in qualifying, without making any mistakes, since a lot of elementary time is lost if they do.

The riders go down individually a minute apart, sometimes less, so that they are not in the way of the circuit. Once a pilot reaches you, this is the one with the preference. In other words, if you fall and hear the other rider coming behind you yell at you, you must take the step or take off as soon as possible.

As the runners go down, a temporary podium called Hot Seat is established, where the three current winners sit as they cut times. The way to organize the competitors’ descents is through the qualifying times, being the slowest at the beginning and the fastest at the end.

The winner of the competition will be the one with the least time. If a serial is being competed, both the qualifying points and the final race points accumulate, placing you in a ranking of the best DH competitors, whether at regional, state, national, or world level.

In the world cup, points are added from the different races that made up the series, giving a global winner. At the end of the season, the World Championship takes place.

The World Championship is made up of a single race where the riders represent their country and it is an all or nothing competition. There is only one chance to be the world champion. This date is one of the most exciting since it is a fight of the titans of the downhill world with final times of thousandths of a second.

The winner may be the one who won the World Cup or even someone who was not even in the Cup but was the fastest in the Championship. In this race, anything can happen.

This same competition format is applied in the urban version, where the competition takes place within a city. The most famous being: DownTaxco in Mexico and CerroAbajo Valparaiso in Chile. It is worth mentioning that there are also mixed downhill competitions, having so many obstacles within the mountain, as well as in an urban area.

Downhill is currently gaining momentum globally. The adrenaline that comes from driving down winding roads at high speeds. And the unrivaled competitive feeling right next to you offers a different kind of competition.

Sorry, the comment form is closed at this time.